Process dynamics for a gear pump

The root cause and technical solution for mitigating the surge are provided elsewhere.In another case, a single-stage extruder with a gear pump running a low density polyethylene (LDPE) resin was operating with a pressure oscillation at the discharge of the extruder. Like the previous case, it was not known if the extruder or the control algorithm for the gear pump was causing the instability. The pressure oscillation during the unstable period is shown in Figure 9 for the first 7 minutes of data collection. Like before, the gear pump controller was placed into manual mode such that the extruder screw speed was held constant. As shown, the pressure at the inlet to the gear pump was relatively stable when the screw speed was in manual control. When the control was turned back on, the pressure variations resumed. These data indicate that the control algorithm was causing the pressure surges to the inlet of the gear pump. In this case the proportional gain of the controller was set too high for the process. When the gain was reduced, the process became very stable with the pump in automatic control mode. 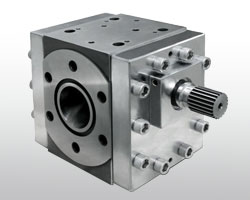 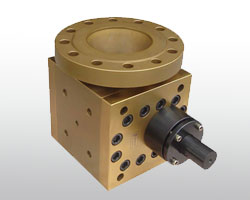 Process dynamics for a gear pump with a poorly designed control system. Placing the screw speed controller in manual mode is recommended when minor levels of flow surging are observed with a process where the screw speed is controlled from the inlet pressure of a gear pump. This procedure will correctly guide the troubleshooting process to focus on the extruder or the gear pump. 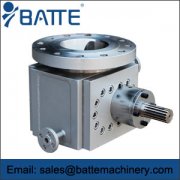 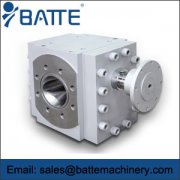